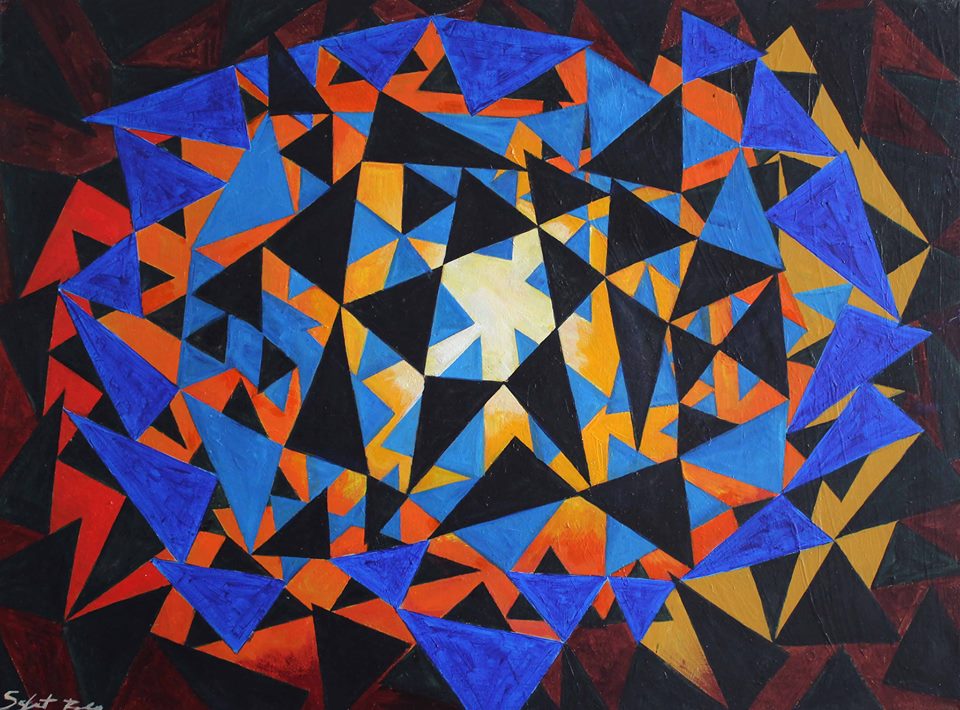 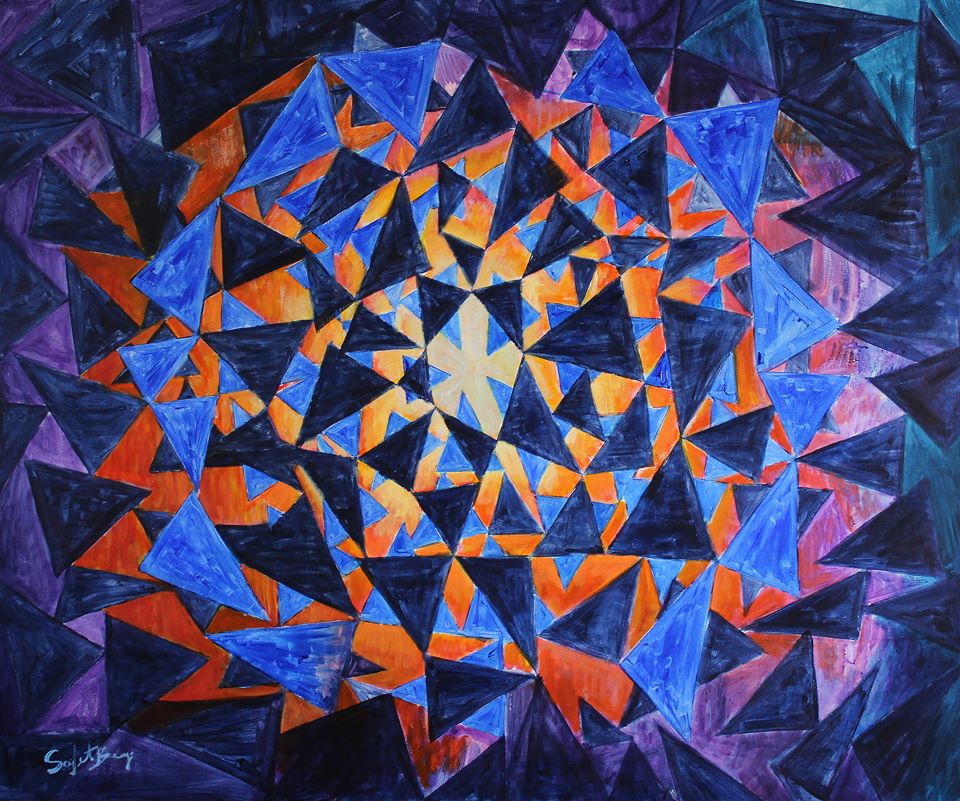 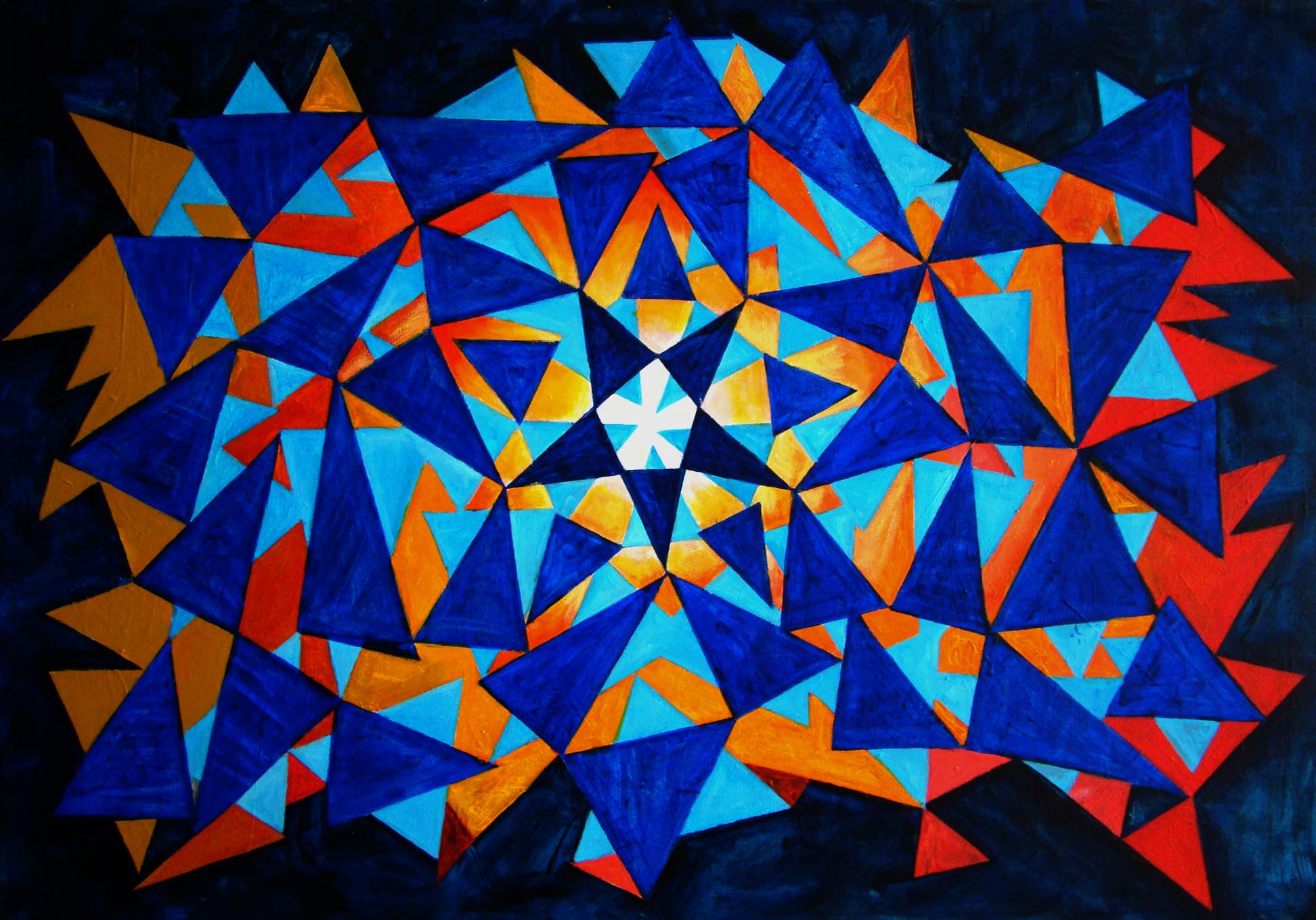 It's an old word from an old poem that became an old song, and which describes an old feeling: the dizziness of love. Bururet is an old world, describing an old feeling: the dizziness of falling in love—a pure, unadulterated love, of days gone by. This is a key word in Aleksa Šantić’s poem “Emina.” Set in Mostar, it describes a moment of falling in love. An English translation begins:

„A wind blew from the branches down her lovely shoulders Unraveling those thick braids of hers. Her hair gave off a scent of blue hyacinths, Making me giddy and confused“!

Influenced by Islamic geometry, and European abstract painting, The Bururet painting draw on one of the most recognizable elements of Bosnian cultural heritage, the confluence and creation of “East” and “West.” Traditional Bosnian sevdalinka music also draws on this confluence, influenced by the music and melodies of Sephardic Jewish refugees welcomed in Bosnia under the Ottoman empire the 15th Century. The poem “Emina” became one of Bosnia’s best known Sevdalinka songs, and there is an associative synesthesia between “Bururet” and the emotional melodies of this form of traditional Bosnian music. The melodies of the music circle, as the shapes of the painting do. The painting’s geometry equally references the Star of David, so that the “roots” drawn upon here, like the roots of Sevdalinka, and Bosnian culture more broadly, have never been cultural homogeneity, but the richness emerging from the meeting and welcoming of Others.